DEFENDER OF THE REALM 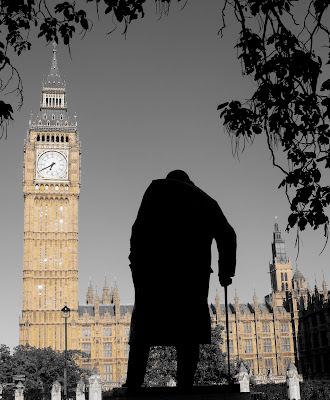 DEFENDER OF THE REALM
London May 2011
Posted by D Eric Pettigrew at 20:39 No comments:

My wife, always wary of being the bearer of bad tidings regarding (necessary) household maintenance issues whose existence I, like most males, refuse to acknowledge or notice, approached me with the bad news. The base of the french doors leading to our garden, was rotten and needed urgent attention.

After 30 years together, I know now NOT to disregard such entreaties, and dutifully followed her out to inspect, where sure enough, both corners had reached the state of finger-poking rottenness which, if left unattended, could only get worse.

Hmm, I said, thinking of ££££ signs and shrugging my shoulders. Well, let's get several estimates.

She asked a friend, who gave her the number of a friend's boyfriend who was a cabinetmaker, who agreed to come by.

I, after a chat with a colleague at work whose house had recently been redone (the carpentry work done by a semi-retired 80 year old), got a mobile number (though no company name).

Her cabinetmaker came and said: Madame, the entire frame is rotten and the whole door needs replacing, and gave her the name of a company who would come the next Monday to measure up and give an estimate.

On Saturday morning, after a very brief mobile phone conversation with the number given me by my workmate and some hurried directions, a fellow named Steve showed up at 8AM (certainly no 80 year old), came out and cast a practiced if cursory eye on the door. He poked around, and then announced. Well to tell you the truth, I have seen 100 times worse.

Without elaborating, but wanting him to know that there was competition,  I mentioned that the previous examiner had said we would need a new door, and he said, Well he would say that wouldn't he?

No, he said, I can get my fellow to cut off here and here (drawing points with his finger on the frame), replace the pieces, and put in some filler and epoxy and then since I am working in the neighbourhood, I will come by and putty the whole door, prime it, and repaint it.

How long? I asked.

Hmm (thought): How much? (the overarching concern being 4-5 days)

That was a certainly very digestible figure.

Fine, I said. Send me the estimate and we will arrange it for next week.

On the following Monday afternoon, I received a call from my wife at work.

Dick, the carpenter. He has already done the work.  He is a dear old boy. I didn't realise you had agreed to have them do it.

I didn't agree to anything (thinking to myself, did I?).

(In fact, what had happened was the following. At 9AM, Dick shows up at the front door. I am here to do the job.

What job? my wife says.

Your job. Steve said to come by. My wife, knowing that the other company was due to come at 9:30, sends Dick away.  The company then shows up a half hour later to measure up for a whole new door.

She then receives a call from Steve. What are you doing, he says. Well, you never sent us an estimate, she says. I said £200 quid didn't I? I will send Dick back over to start at 12. Er. OK.)

I take this info in.

Oh well, but how does it look? I offer up hesitantly. (This is me scrambling mentally).

Fine. I made him tea and biscuits. He was a lovely man.

What about the other company? Well, we will receive their quotation, but it is bound to be a lot more for a new door.

On Friday, my wife announced to me that she had received the quotation for the full door replacement.

Guess how much? , she said.

No I am not kidding.

I arrive home and examine the document. There it is in all its glory. Quotation no 11055105, an 8 page document which is not stapled, but grommeted. Various Certificates (UKAS, IEC), two pages of disclaimer. Six weeks is the estimated time. They have offered up such gems as: We have allowed for brass ironmongery. Doors have espangolette locking with dead bolt and latch. We have not quoted for trickle vents. We have not allowed for cill extension horns. It has been assumed that special access equipment (fixed scaffolding, mobile scaffold towers, cherry pickers) will not be required to complete our works.  We have allowed for the use of standard lugs, fixing straps and pellets. Any non standard fixing required may incur additional charge. If we are required to return to site as a result of interruptions or denied access to our work schedule by others (cups of tea? I wonder)- any return visits will be subject to a remobilisation charge of  £500 + VAT.

I awoke the next morning, thinking about this little piece of information. I held up my left hand with two fingers. I then hold up my right hand and flash two then five fingers.

My wife, half asleep, says what are you doing?

I, in my infuriating (I know) fashion, say Guess?

This is the bid/offer spread for the french doors.

I debate whether I should respond to their letter, and begin composing possible alternatives, enumerated below.

Please feel free to join in. Here is what I have come up with so far.

They all begin with the following:

1. I did not realise when I ordered carpentry work I would be subsidising an expedition to the Amazon to source rare tropical woods, and I certainly did not expect to pay for first class air tickets as well.

2. After receiving your derisory quotation, and after wiping the tears of laughter from my eyes, I noticed a pain in my side which I attribute to your (perhaps unintentioned but certainly creative) sense of humour, which manages to meld jocularity with abject pain at the same time.

3. I see you are part of the Performance Timber Products Group. What performances are included in this quotation, and at what venue?

4. You are not, by any chance, a contractor for the Ministry of Defence are you?

5. It has taken the Japanese auto industry one hundred years to arrive at the technological marvel of my car, which after 5 years and 22,000 miles, is still worth £7,000 pounds. Do your doors have heated seats as well? Can I drive it to work?

8. At your hourly rate (assuming 8 hours a day and 220 working days) you must make £418k a year. To put this in perspective, the Prime MInister makes £250k. Try your little charade at 10 Downing Street, why don't you?

9. I note you are from Essex. Does petrol really cost that much?

10. You wouldn't happen to be John Terry's cousin would you? Or John Terry, for that matter.

11. How much would it be without the espagnolette lock?

12.  Does the word RECESSION mean anything to you?

13. There are two chances of me choosing you. Slim and none, and slim just left town.

14. My mother had some carpenters do three weeks of work in North Carolina, and the final bill was presented as some hours x an hourly rate drawn in pencil on a 2x4. You may want to try that instead of grommets, which can only add to costs, I would have thought.

Thanks Dick and Steve. You are welcome here any old time, and the next time I need something done, you are my first port of call.  As for you other folks, try Mayfair, or perhaps the London Olympics.

But you are certainly not welcome here at my door, french or otherwise. 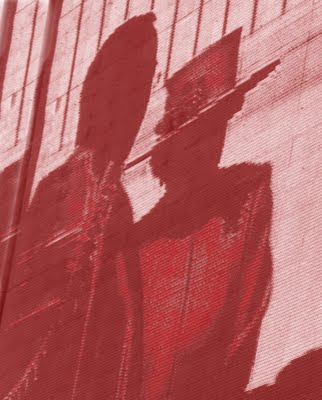 THE ONCE AND FUTURE 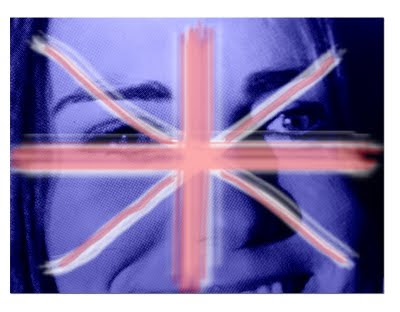 THE ONCE AND FUTURE
London Apr 2011