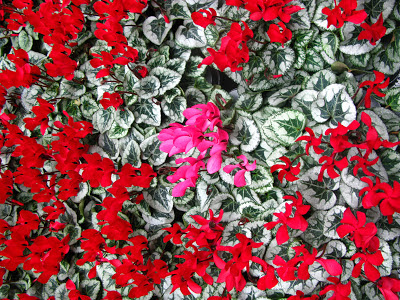 WHY ME LORD?
Triton Square London
Nov 2012
Posted by D Eric Pettigrew at 08:40 No comments: Links to this post

AU FOND WE ARE ALL THE SAME 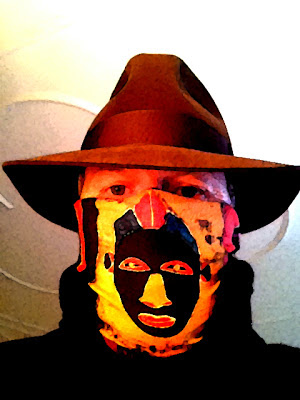 AU FOND WE ARE ALL THE SAME
Kew
Noov 2012
Posted by D Eric Pettigrew at 22:15 No comments: Links to this post

Life is the sum total of little moments. Love, enduring love, is the gradual building up, and then withdrawing, of shared moments of life, as though they were coins accumulated in a chest over time. It is the process of drawing down this cache of hidden memories which costs, and it is the unexpected decline when the chest inexorably empties which costs the most. This is the subject of Michael Haneke's absorbing and harrowing film Amour, which deservedly won the Palme D'Or at Cannes in 2012. An elegant Parisian musician couple, Anne and George (Jean-Louis Trintignant and Emmanuelle Riva) gradually descend into the purgatory of their private battle for survival in their apartment, a walled repository and prison of the tiny things which make up the life we take for granted: eating, reading, washing, working, playing, talking....all of which gradually desert Anne as the result of a series of strokes as George is forced to fight a futile rear guard action against the disintegration of her body and her mind. I say harrowing because Haneke pulls absolutely no punches, and the 127 minute film is not so much watched as endured. You watch out of choice; you endure the inevitable.

And this film is endured with one eye on the past, on parents, whether alive or not, and on the future which faces us all. And if you are with the person you love, it is painful. Painful but necessary.

The film is filled with allegory and metaphor. Music, their profession, represents their life's work, their passion, their family, and their regrets. Eventually it too becomes too painful a reminder, and it also stops, replaced by the discomfort of silence. Water represents life. It is the tap running which jars Anne out of her first stroke whilst at the kitchen table. It becomes too painful when the act of being bathed, stripped of her dignity, causes her to repeat the word mal (pain) over and over. It features in the nightmare of George, a harbinger of what he must do. It is the only thing which Anne, with all else gone, can refuse in order to communicate her wishes. A pigeon appears...twice, and is freed once, gently, and the second time, by force. And there is a wonderful story told lovingly by George to the prostrate Anne about being miserable and alone at a summer camp, where his mother told him to signal his state of mind in the weekly post card she had made him promise to send, with the code being flowers (happy) or stars (sad). His last postcard had nothing but stars drawn on it. Flowers and stars.  Happy memories and bitter defeats. White and Black. Light and Dark. Existence and Oblivion. Life.

And all of this is condensed into one word, the only thing worth living and dying for. Love. Amour. The most powerful force in the universe which will force you to fight the battles you don't want to fight. And end them.

My wife gave this film 90 out of a 100. It was too late at night to go into her reasons, but my view is that it has little to do with the film itself, but the uncomfortable fact the movie constantly reminds us of, that the last ten yards are the hardest.

Most critics give it five stars out of five. I send a postcard full of flowers AND stars.

Trailer of AMOUR
Posted by D Eric Pettigrew at 08:20 No comments: Links to this post