ISTANBUL IS A MAGICAL PLACE 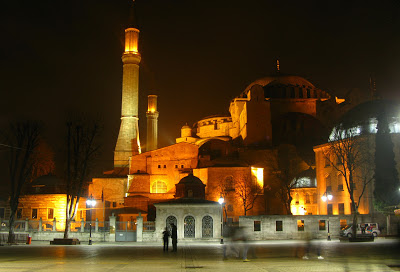 It is one of the oldest churches in the world. It has been a center of conflict between the forces of Islam and Christianity and secular power, and is now a national monument which cannot hide its power. You cannot help but be moved by this place, and this city. 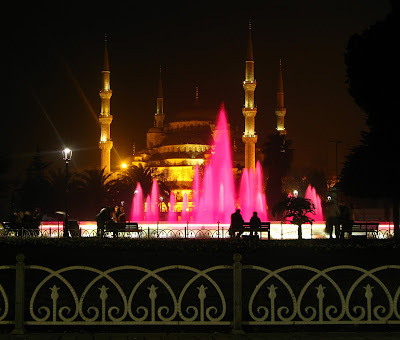 Across the plaza is the Blue Mosque, and in between, symptomatic of the Disney-fication of the world, is a fountain which changes colours.

Cultures clash but coexist, 24 hours a day.
Posted by D Eric Pettigrew at 23:09