I have survived in large corporations. Or not. Well, to be honest, the corporations (large banks) haven't survived (not my fault really, a global trend if you haven't noticed). In the past this used to be a surprise. At least it was to me. Now, however, in post Credit Crunch purgatory, it is a surprise if they DO survive.

Anyway, over the years I have come up with some observations about the process of survival, and have distilled it to the following four short sentences.

Sad but true. I have also been, both as a boss and an underling (where I find myself again), a keen observer of human nature. I have decided that in the main, modern corporations don't really give a rat's ass about management, despite what the self-help books may say. Jacques Cousteau, the famous french oceanographer, once said: "Dans la mer, il n'y a pas de cruauté, seulement l'angoisse de survivre."   In the sea, there is no cruelty, only the terror of survival.

So it is in corporate life. There is always a bigger shark in the pool, or if you are the shark, then the hunter pack of shareholders, the press, or the market, which is faceless, emotionless, and brutal.

The large corporation is staffed by the silent majority, who have learned that the path of least resistance is the answer to survival in the pool. So much of corporate life is about how you are perceived, and a performance loop is created (see above) which can be a virtuous or vicious circle. Most people can't be arsed, and thus sleepwalk through the process, trying not to rock the boat, anesthetising their feelings with drink, iPods, or a collective shrug of shoulders (the yeah-whatever syndrome).   If for one moment, a boss, preoccupied with his own battles above him, took a minute to consider how to enter into the performance loop of each employee, then people might be happier and more productive.

But the world is not like that now. Longevity counts for nothing. You want loyalty, go get a cocker spaniel, said a boss in Salomon Brothers in the 1980s, itself swallowed by Travellers which was merged with Smith Barney and then Citibank and then almost imploded before being merged with the US government. This is merely symptomatic of an attention deficit disorder planet with the memory of a flea and the morals of a whore, or a general impermanence and lack of values.

Everyone knows that we need little to survive, but spend a lot of our time fighting for the excess that never really makes us happy. Sad but true.

But most of us, when faced with the deep pile of caca which is the daily grind, just learn to keep our head down and stare straight ahead, and hope the baying hounds of greed don't notice. Survival, but at a price, requiring the guile of a fox. 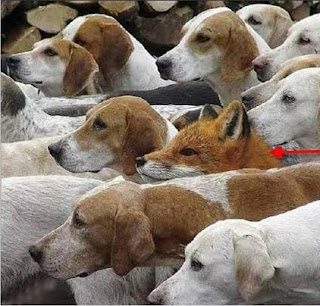