EVERY VICTORY IS A DEFEAT


Remember the poem by Shelley: My name is Ozymandias, King of Kings  Look on my works, Ye Mighty and despair.....


When you get to the top of the mountain....look for another mountain.

Climbing is life. The trophies mean nothing but the climb. Your joy is in direct proportion to the effort put in, and you and you alone can ever know how hard the struggle was.

Someone said that all politics end in defeat. As does life. Victories are just moments, and like Shelley's statue in the desert, they will soon be covered by the dust of the ages. The only thing that will live on is the memory, and memory is love. Nothing else.

Remember that, and have it etched in your mind as this was carved in stone in the Alhambra.

Every Victory is a Defeat. 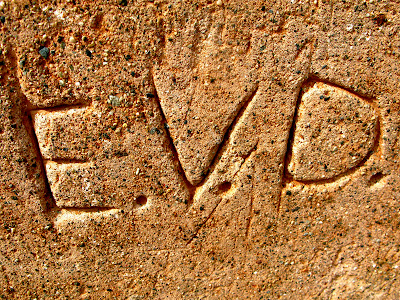 EVERY VICTORY IS A DEFEAT
Alhambra Granada
Mar 2013

OZYMANDIAS
I met a traveller from an antique land
Who said: `Two vast and trunkless legs of stone
Stand in the desert. Near them, on the sand,
Half sunk, a shattered visage lies, whose frown,
And wrinkled lip, and sneer of cold command,
Tell that its sculptor well those passions read
Which yet survive, stamped on these lifeless things,
The hand that mocked them and the heart that fed.
And on the pedestal these words appear --
"My name is Ozymandias, king of kings:
Look on my works, ye Mighty, and despair!"
Nothing beside remains. Round the decay
Of that colossal wreck, boundless and bare
The lone and level sands stretch far away.'
Percy Bysshe Shelley

Email ThisBlogThis!Share to TwitterShare to FacebookShare to Pinterest
Labels: Pensees