THE MUSIC IN MY HEART Chapter 7

Return to Table of Contents 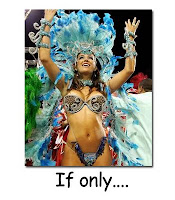 Q: Where would you be if you passed by Brazil and Cuba and ended up in Lebanon? A: On your way from Indiana to Missouri.

Was this original global thinking by those assigning names to cities, or perhaps a desire for more tasty and zesty food from the bland fare in these Midwest parts? Who knows, but the names of towns along the way are a constant source of amusement and wonder.

We've seen California in Pennsylvania, Cadiz in Ohio, Pacific in Missouri, and will soon see Yukon, not to be confused with The Yukon...this one's in Texas.

And then there are the strange names. Texola, Texas. Vinita, Oklahama. Sarcoxie, Missouri. Tucumcari, New Mexico.
And these are just the ones adjacent to our route. I am sure the featureless characteristics of this part of the country play a big part in this fact, as the prairie schooners who trundled along this endless landscape sought to alleviate their boredom or perhaps just make a bad joke.
Anyway, today, after a brilliant breakfast of fruit and yoghurt following a morning workout, we head out under crystal clear big skies from F*******ham, and end up eventually for lunch in Lebanon, Missouri.
I don't know how to put this kindly, but Lebanon is a dump. Any town that has a bail bondsman and a gun and pawnshop in its main shopping district is in big, big trouble.

We deftly avoid repeating our BBQ mistake of the previous day in a "COUNTRY" restaurant run by a dour and formidable Korean woman who glared at us as she held the door for two of her octogenarian regulars, lured by the cheap price and buffet, or perhaps her take on country cuisine. This was a distinctly unsavoury mix of the sour smell of collard greens with the unmistakable odour of kimchi or perhaps floor cleaner. We beat a hasty retreat, having to pass her glare once more before leaving. We then drive fruitlessly up and down and back and forth the town's main streets.

We find no food other than chains, our hopes raised by the word DELI painted on the brickwork of a rustic building which upon closer examination is, alas, long since deserted. We stop and ask a local resident if there are any restaurants in the town aside from fast food or chain stores. She looks at us as if we are crazy.
We hit the end of town, demarcated appropriately enough, by a gas station called KUM & GO. We then flip around and return, slightly deflated, back to Applebee's, supposedly the least offensive of what was on offer.
Now then, a word about what has happened to America. The scales have tipped, literally. From what used to be a third overweight persons in places like Applebee's or Cracker Barrel, the percentage of fatties is now around 60% (we did a bit of statistical sampling). There is no mystery why.

I watch depressingly as two girls (off duty staff) sit feeding at a far table. At some point, they get up, and in what must pass for exercise in this town, waddle over to another table about three feet away. No doubt exhausted by this ordeal, they immediately reload (Jumbo Cokes and some gawdawful fake whipped cream monstrosity), and commence round two. What is more, they just don't just look fat and bored. They look unhappy, fat and bored.

I tell Toby my theory that the excess sugar and fat in the diet has had two effects on the populace. For athletes and those with a high metabolism (ie. Type A people), it makes them aggressive. For instance, on ESPN, the presenters, males AND female, do not speak...they SHOUT. For those with a lower metabolism (Types B to Z), this consistent high octane grazing , in addition to make them waddle and mope, makes them docile, bovine, and frankly, not inclined to intellectual pursuits. Okay...dumb. Or if not dumb, then incurious, which is perhaps worse.
Also the corporate bland culture doesn't help, preferring processed over natural (never buy crap which has NATURAL emblazoned all over it...have you ever seen a banana that needed to say that?) and formulaic over creative.
This is epitomized by a confusion of our order, the ubiquitous chicken wings and a salad. Our waitress, a dear soul who is in fact the only skinny person in the entire restaurant (her name is Amy, as she tells us twice and writes on the check), takes our order. One of her cohorts (a member of the two strong whipped cream tag team), eventually waddles over to us and brings some chicken nuggets, as the blobs of doughy deep fried blobs of flesh are called which are accompanied by pots of medium (me) or hot (Toby) sauce. I inquire if these are the chicken wings I had ordered. She replies "Oh you mean wings with the bones in them."
"Yes," I shoot back. "I have never seen birds fly with these lumps. They surely wouldn't get very far."
Which is about as far as irony goes in Lebanon. Deaf ears and a gaping mouth.
Eventually Amy gets involved again and we get real wings with bones in them 20 minutes later (apparently the blobs are actually Applebee's NEW NATURAL wings....see above).
But, as they say, le moment c'est passé.
Anyway, it is a crappy and depressing meal. I do, however, leave a nice tip for Amy, if for no reason other than she wasn't fat.
Two quotes re Lebanon Missouri.
1) Lebanon gives new clarity to the lyrics in a country music song: I don't know whether to kill myself or go bowling.
2) If I had a choice between going to Lebanon, Missouri or the real Lebanon, I would take my chances with Hezbollah. At least there they speak french and have good food and sun in between the bombs.
Go to Chapter 8
Posted by D Eric Pettigrew at 18:27