THE MUSIC IN MY HEART Chapter 1

THE SPINNING OF THE EARTH
25 December,2007
Return to Table of Contents
"We do not see things as they are, we see things as we are." 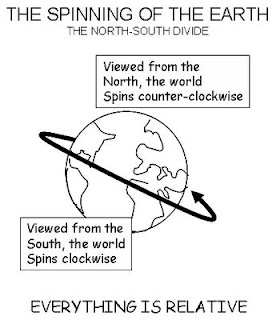 All journeys begin in the East. This is an immutable fact of life. Each day the sun rises in the East and sets in the West. Our globe, if viewed from the north, turns around counter-clockwise, and our lives are a constant battle between Time, which moves as the hands of a clock around in one direction, and the World, which is constantly spinning in another..
Our time on the Earth is thus a circular journey, or rather a series of circular journeys. Time, it seems, is not linear, and eventually....inevitably, we will return from whence we came, as sure as the sun rises and sets each day.
We as humans are stubborn creatures. We seek ( and mistakenly believe) that we can be Masters of time.
This why we tend to go west, trying vainly to catch up with the sun as it runs away from us in an endless loop, trying to cheat time.
The West, for us, represents the new Frontier...youth...the quest for change. It is not for nothing that Horace Greeley advised the ambitious: " Go West , young man," a phrase which became a byword for adventure. 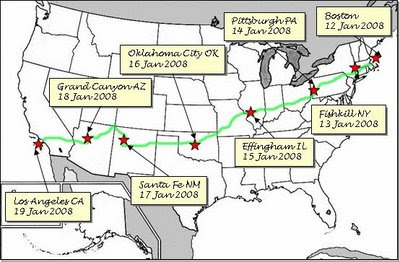